The First congregation or church of Christ in Britain has been dated to be meeting in Oxford in 1157, elsewhere 1390 in Hill Cliff, Wales, another in 1417

1Pe 4:19 Wherefore let them that suffer according to the will of God commit the keeping of their souls to him in well doing, as unto a faithful Creator.

Here we look at the CHESTERTOWN (modern Chesterton), Cambridge congregation.  It was located in what is now a suburb of Cambridge.  Being a few minutes walk from the town centre.

Like the Hillcliffe and Oxford congregations, they are interesting on six accounts:

6/  They saw themselves as the true Church of Christ, not a denomination.

This congregation met separately from the Catholic Church in their members homes.  It consisted of six people, primarily two families.  They practised baptism (by immersion) for remission of sins and were congregational.  They had no separate clergy, but did have men who preached.  Gray, lord Bishop of Ely complained in 1457 of the existence of this congregation meeting in Chestertown, modern day Chesterton, a suburb of Cambridge, about ten minutes walk from the town centre of Cambridge.  This congregation of believers was severely persecuted, whether they continued or not we dont know.

The six of them were accused of heresy and condemned to abjure, and do penance half naked, with a faggot at their backs, and a taper in their hands, in the public market-place of Ely and Cambridge, and in the church-yard of Great Swaffham. The charges against them in substance were, that they denied infant baptism, that they rejected extreme unction and said that the pope was antichrist, and his priests were devils incarnate.

Another group of 'Anabaptists' were arrested at Ely on April 3, (Easter Sunday) 1575, a hundred years after the Chesterton congregation.  Religious festival days such as Easter were a favourite time to arrest 'heretics' dues to their lack of participation in such services. Easter, Christmas and the Lord's Day was always a good time to arrest Christians, as they were missing from services!

The photographs below is taken of the river Cam at Chesterton.  The modern footbridge to Cambridge over the tranquil river Cam is seen.  In the 1400s a small ferry, a row boat operated here, taking its customers the short distance across the water. In the mid 1700s the manager of the ferry was Robert Robinson, the preacher of the church of Christ that met in Hog Hill, later Downing Street, Cambridge. To reach the footbridge a walk down Ferry Lane is needed, a remembrance of the time a ferry, operated the short distance, a ferry which in the 1450s was operated by members of the Lord's Church and three hundred years later was managed by a preacher for the Lord's Church! 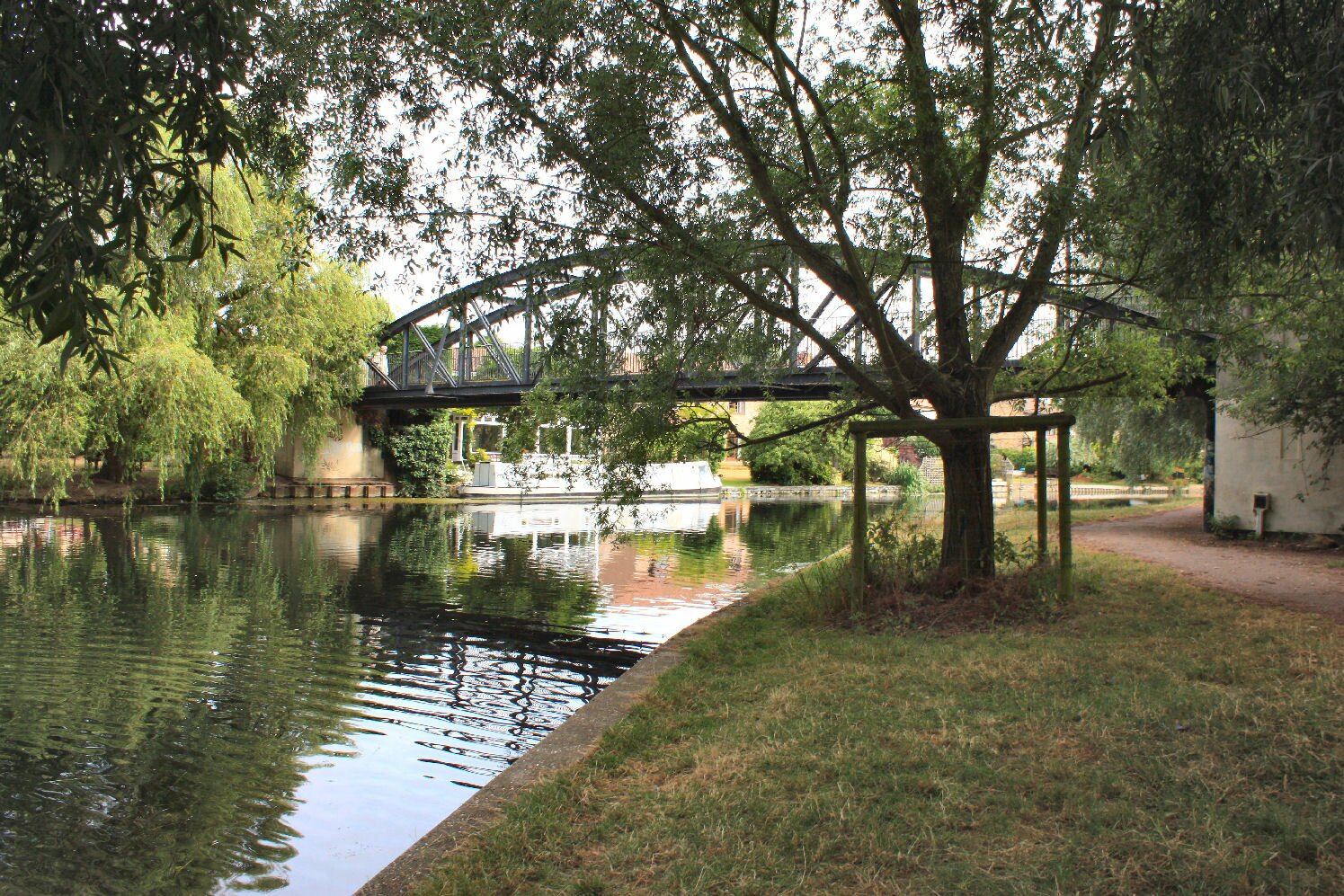 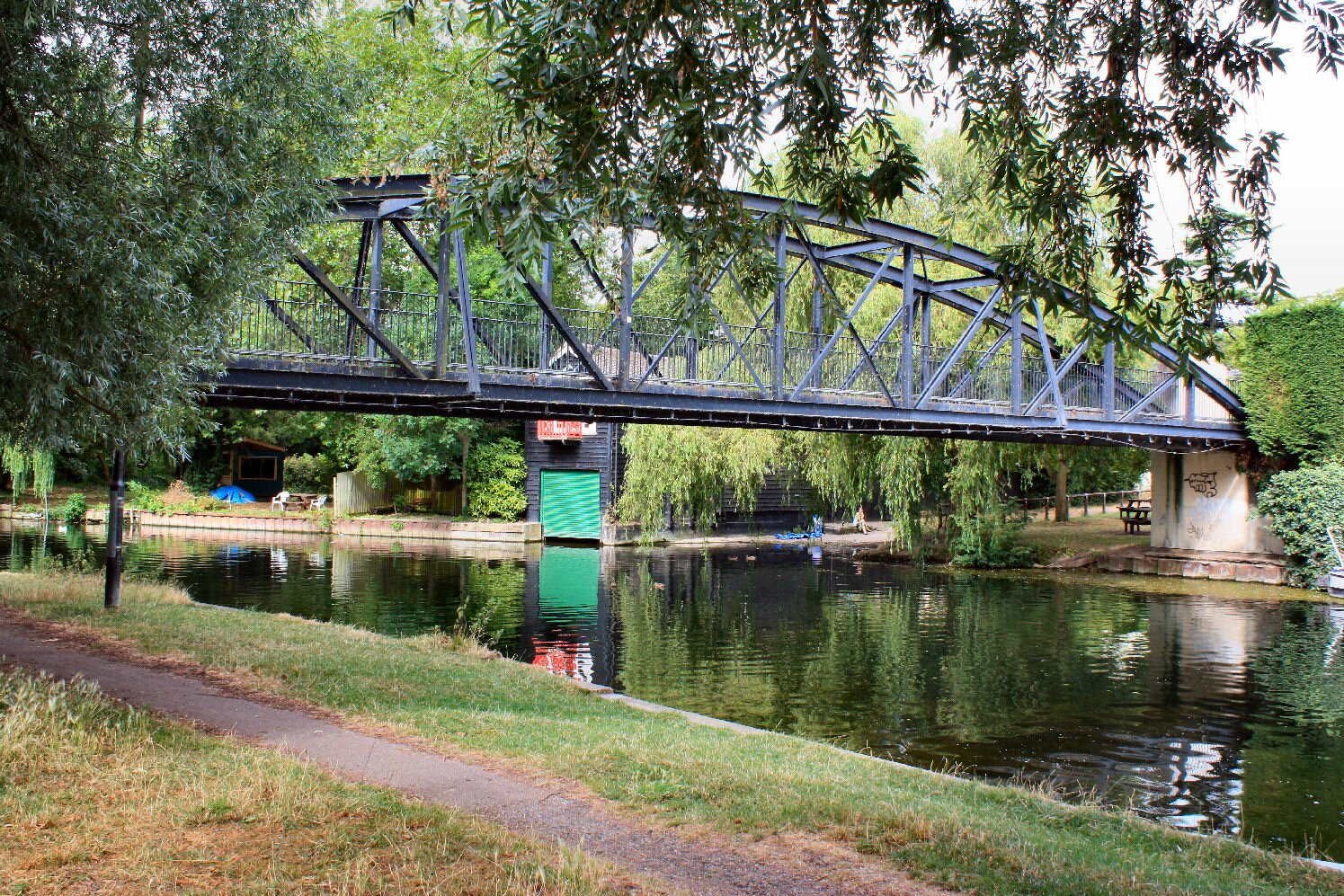 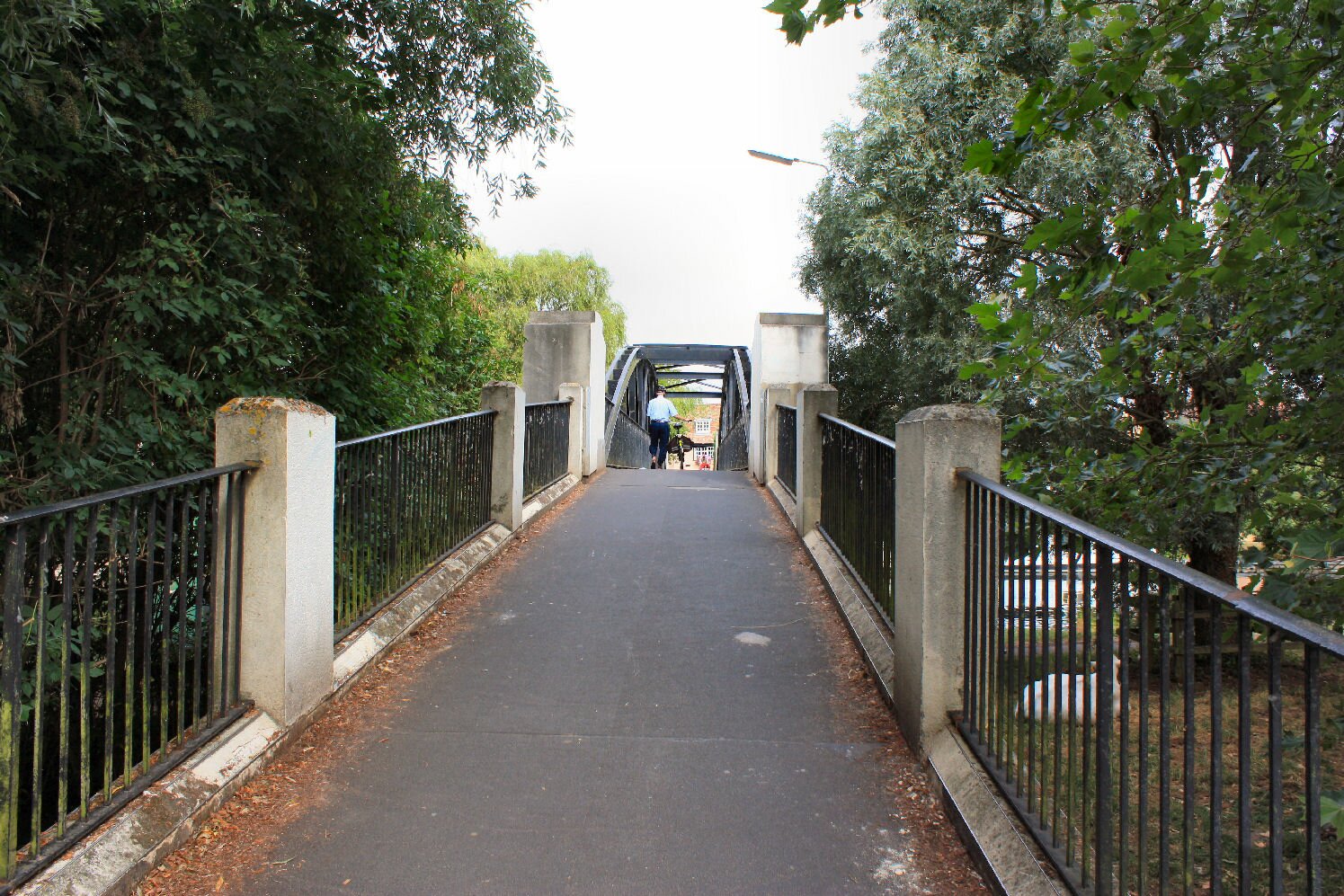 With the spread of the gospel such churches existed in number by the 1550s and in the year 1549 Bishop Burnet says There were many Anabaptists in several parts of England who say that infant baptism is no baptism.   Dr Some said in 1587 that several Anabaptist congregations were in London and other places.  In the book Believers Baptism from Heaven and of Divine Institution published in 1691 by Hercules Collins, minister of a church of Christ in Wapping denies that England received baptism from Smith and states that believers baptism was being practised in England prior to Smith.

In the 1600s a church of Christ met in Hog Hill, now Downing Street or Downing Place, the congregation moved several times. Below is a picture from Downing Street looking into Downing Place. Hog Hill was named after a pagan burial mound that once stood in this location. 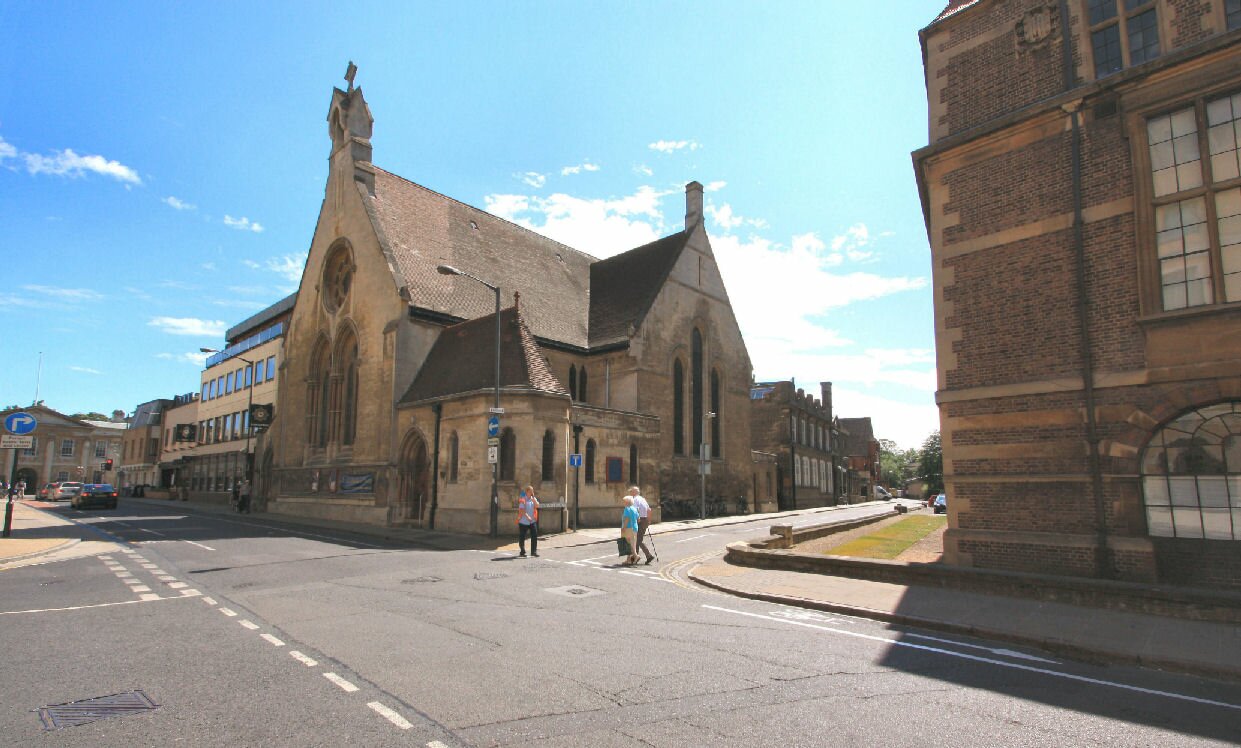 Below, Downing Place, to towards Downing Street. 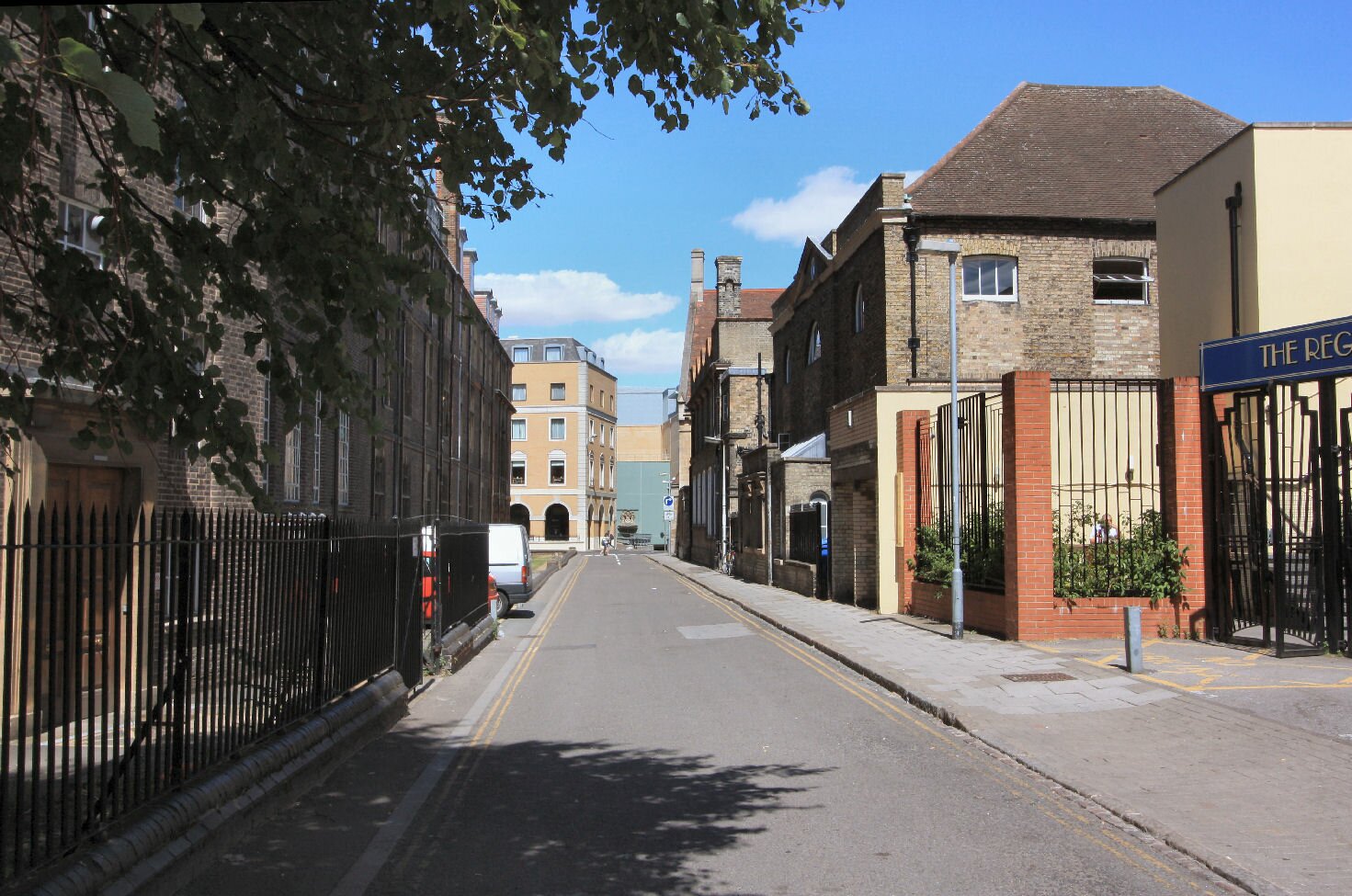