The Darwin Delusion - Held at Hinchingbrooke on 10 October, 2009 and 17 October at Thamesmead, London.

Please click here to listen to the Darwin Delusion.

The October 2008 Lectures were dedicated to the memory of bro. Graham Moulton, who passed peacefully to rest on Wednesday June 4th, 2008. Before the first lecture, David Brown gave a short dedication, to listen, please click here.

TOPICS and SPEAKERS, to see and listen to the speakers, please click on their pictures below:

*Historical Evidence for the Resurrection of Jesus Christ*

*Proofs of the Inspiration of the Bible*

*Proofs for the Existence of God*

As with previous years, there was no charge for the lectures or refreshments, which were served throughout the day.

Theme - "Buy the truth and sell it not"

CLICK HERE TO SEE AND LISTEN TO THE LECTURES:

CLICK HERE TO SEE AND LISTEN TO THE LECTURES:

(pictures from the 2005 and earlier lectureships)

Randy Mabe speaking at the 2005 lectureship

The Existence of God and His Attributes

This year's speakers, from The United States and England.

The 2007 lectureships are now being planned to build on the success of our previous lectures.  These will be held on the same weekend in October, that is the second Saturday.

Preaching The Whole Counsel Of

9:40 Arrival and Registration - Refreshments will be available

9:40 Arrival and Registration - Refreshments will be available

For videos of the 2005 Lectures, please click on the OABS logo below:

Below, Anna Sisman operating the video cameras and sound recording equipment for the internet

THIS YEAR'S (2005) SUBJECTS ARE PLANNED FOR THE BOOK AS FOLLOWS:

(The book is free for those attending, is beautifully hard back bound, cloth, 328 pages, 14 writers and 14 chapters)

The Existence of God and His Attributes

Randy Mabe was born in Nashville, Tennessee, in January, 1951. He is married to the former Sharon M. Rebmann, of Scio, Oregon. They have two children: Lewis and Jennifer.

Randy received his formal Bible training through Alabama School of Religion (now Southern Christian University) and the Madisonville College of the Bible. Since 1979 Randy has been the pulpit preacher for congregations in Tennessee, Kentucky, and Nevada. He has been used in Gospel meetings and lectureships in Idaho, Montana, California, New Mexico, Texas, Oregon, Utah, Florida, Kentucky, and Tennessee. Randy taught in the College of the Bible, Madisonville, Kentucky, under Joseph Meador, Academic Director. Since 1993 he has served as minister and Academic Director for the Southwestern School of Religion, Las Vegas, Nevada. 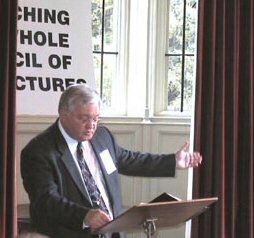 David P. Brown was born in 1946 in Camden, Arkansas. He is married to the former Joann Anglin of Jackson, Tennessee. They have four children and nine grandchildren.

David has been preaching for 38 years and is active in Gospel meeting work and lectureships in and out of the United States.  He has written for several religious journals. For seven years served as Associate Editor for the Christian Worker. He now is co-owner and Editor-in-Chief of Contending for the Faith. He has served as Assistant Director of Turley Children's Home, Tulsa, Oklahoma (now of Claremore, Oklahoma), and Director of the Southwest School of Bible Studies, Austin, Texas. He is an instructor with the Online Academy of Bible Studies (OABS); presently preaches for the Spring Church of Christ and directs the Spring Bible Institute; is the director of the annual Spring Bible Institute Lectures and edits the lectureship book.

The Love of God - Ryan Cox

Ryan was born 1979 in Muncie, IN (USA).  He is the second son of Rick and Teresa Cox. He is a 2003 graduate of the Memphis School of Preaching. Ryan has made mission trips to Tanzania, Africa, and Wyoming, USA. He is currently working with the Monterey Church of Christ, Monterey, TN, where he has been since 2003. He has two brothers, both which are labouring faithfully as gospel preachers. As a young preacher, states that he is very thankful for the men who influenced him to become a preacher, Larry and Mark Reynolds, and for his parents, brothers and so many faithful Christians which are a great encouragement to him. He has two brothers who are labouring faithfully as gospel preachers.

Gary is in overall charge of the lectures, organising and finding the speakers.  Gary L. Grizzell is a native Tennessean. He is married to Lois (Sewell), and they have one son, Tyler. Gary is a graduate of ETSOPM (1975) and TBC (1991). He is the Co-director of The Annual England Preaching The Whole Counsel of God Lectureship held in the United Kingdom each year since 2001 and edits the annual England lectureship book. The fourth annual 2004 England lectureship book was entitled, Respect For The Authority Of The Bible and is listed at the British Library where it is available for those undertaking research. Has made mission trips into Russia. He has had two written, published debates (one dealing with antiism and the other with church financed gyms) and is the author of many tracts.

Gary hosts the Preaching The Truth In Love radio broadcast and presently serves as the preacher for the Wartburg Church of Christ in Wartburg, Tennessee.

The Severity of God - Keith Sisman 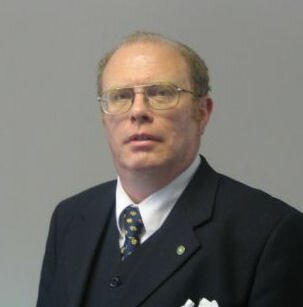 Keith is a member and preaches for the congregation that meets at Ramsey, is local to Huntingdonshire and is organising the English side of the Lectures.

The Omnipresence of God Dub McClish

The Omnipotence of God - David B. Smith

The Omniscience of God - Kent Bailey

The Mercifulness of God - Harrell Davidson

The Patience of God - B. J. Clarke

The Justice of God - Paul Ditoro

The Holiness of God - Michael Hatcher

The Goodness of God - Paul Vaughn

Join us for these lectures and study..

The Bible contains the mind of God, the state of man, the way of
salvation, the doom of sinners and the happiness of believers. Its
histories are true, its doctrines are holy, its precepts are binding,
and its decisions are immutable.
Read it to be wise, believe it to be safe, and practice it to be holy.
It contains light to direct you, food to support you, and comfort to
cheer you. It is the traveller's map, the pilgrim's staff, the sailor's
compass, the soldier's sword. and the Christian charter. Here paradise
is restored, heaven is opened and the gates of hell are disclosed.
Christ is its subject, our good its design, and the glory of God its
end. It should fill the memory, rule the heart, and guide the feet.
Read it slowly, frequently, prayerfully. It is a mine of wealth, a
paradise of glory and a river of pleasure. It is given you in life, will
be opened at the judgement and will be remembered forever. It involves
the highest responsibility, rewards the greatest labour and condemns all
who trifle with Its holy contents...

This year's 328 page lectureship book (hard back, cloth bound) will be available at no cost for those attending ~  Pictures below

For further details, use this link.

Hinchingbrooke House is the ancestral home of the Cromwell family.   Today it is a school, comprising of both modern and the original buildings.

A buffet will be served halfway through.

There is no charge for the lectureship or refreshments.

Print directions direct from this link

The centre left of the picture shows the tree lined car park, which is for our sole use during the lectures. The Hall is at the bottom left.

Travel, we appreciate many folks will be travelling long distances, this year we have our own extensive car parking at the venue and refreshments will be served through the day, including on arrival.  The venue is a few minutes drive from the main A1/A14 trunk roads, offering excellent access from the M1, M6, M11 and M25 as well as the A1 and A14.  The event will be well sign posted.

The venue is a few minutes walk from the main line railway station at Huntingdon (London Kings Cross to Edinburgh), being almost opposite.

A car service will be available to transport visitors to and from the station.

From the west for those coming from the ~ A14 and M6

Plenty of parking is available next to the hall and is suitable for wheel chairs etc.

On leaving the Station entrance (either entrance) turn left onto the footpath, walk a few minutes until reaching a bridge, to the left are steps down to an underpass, pass under the main road, follow signs to the meeting.

On leaving the Bus Station,  cross main road (dual lane, Ring Road) at the crossing, turn right onto the footpath, follow the pavement round towards the Rail Station (signed) walk a few minutes until reaching a bridge, to the left are steps down to an underpass, pass under the main road, follow signs to the meeting.

For directions, send your postal address and we will mail directions to you.

Or print directions direct from this link

Hinchingbrooke House is the ancestral home of the Cromwell family. Oliver Cromwell was well acquainted with the Lords church.  For a while whilst in London he had met with the Bell Alley church of Christ (Coleman Street), the same one that some of the pilgrim Fathers also worshipped with.  Cromwells son-in-law, The Lord Deputy Fleetwood was married to Bridgett, being her second husband, the first having died.  They were both members of the church of Christ and well known for it.  Major-General Harrison, Major-General Ludlow and Colonel Hutchinson were other well known members of the church.  As such they were able to influence parliament against imposing a compulsory religion enforced by the CoE.

To learn more, use this link;

Thank you for visiting our Web Site...