Ancient burial cairn on mainland Orkney. This mound is different as it is entered through the top climbing down via steps. When excavated no human remains were found. The mound still remains an enigma, though as cremation was used in the time period the tomb would have been in use, it is possible the remains were cremated and moved out at time of invasion 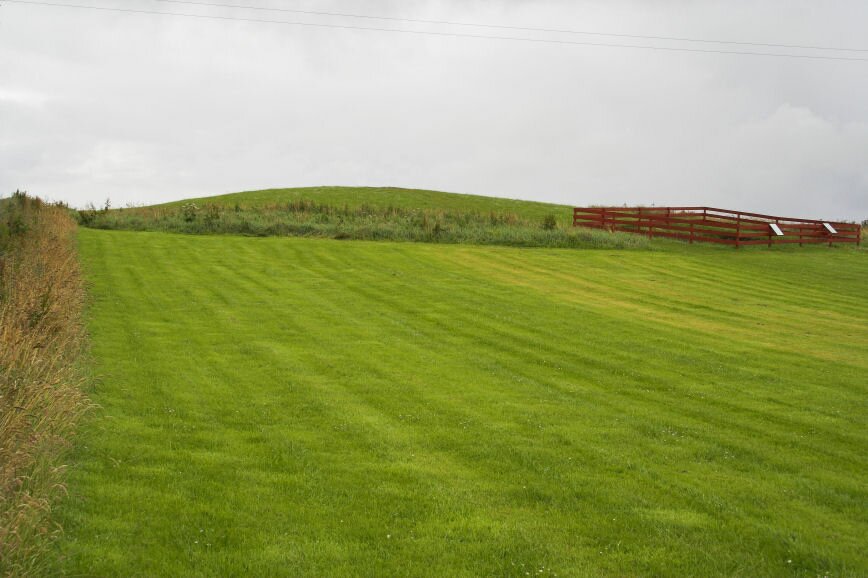 The causeway and part of the surround embankment exposed, as expected on this type of mound 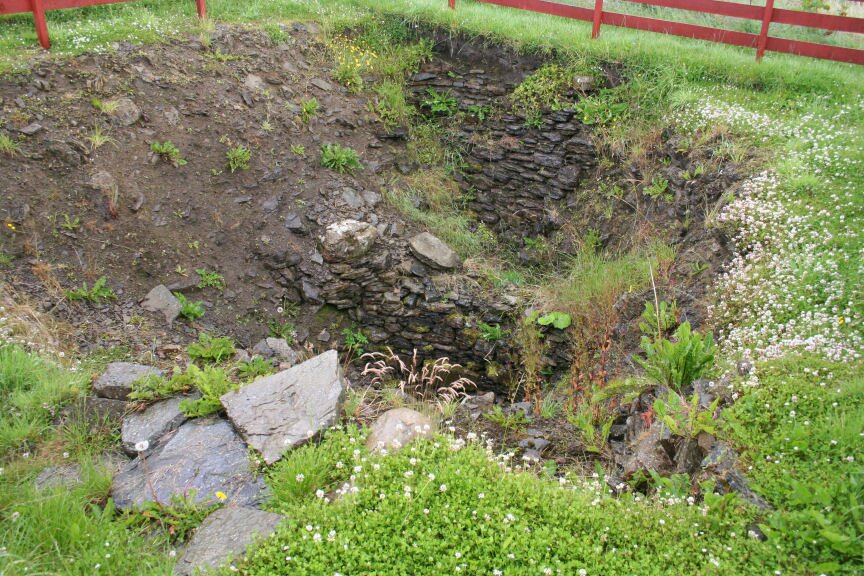 Thomas climbs from the bowels of the ancient tomb . 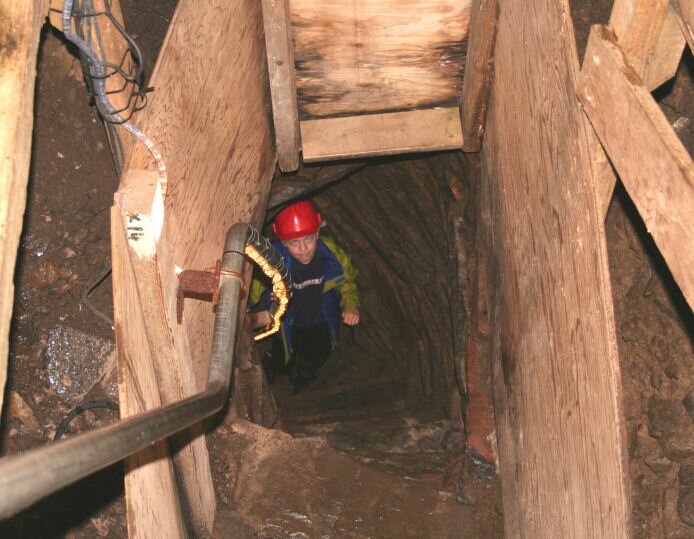 A modern cemetery is opposite the ancient tomb. 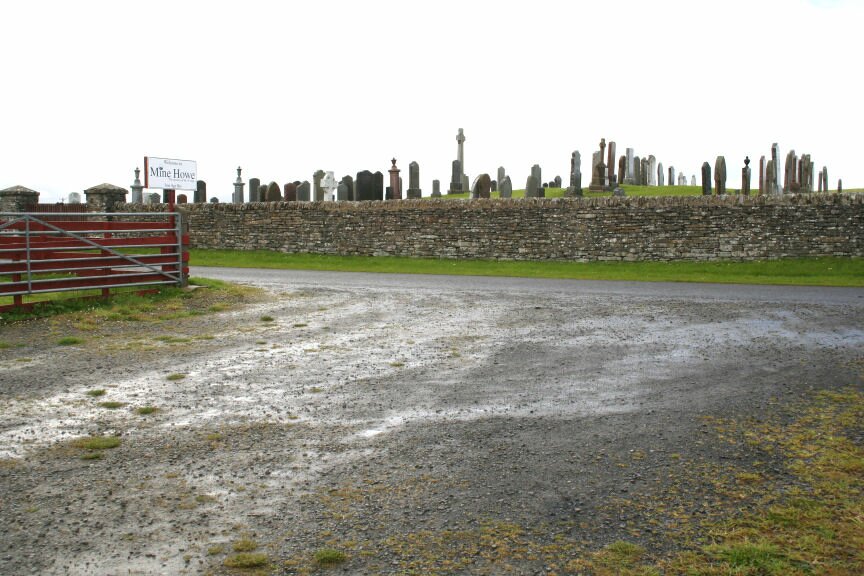