Criccieth (Welsh: Cricieth) is a town on Cardigan Bay, in the Eifionydd area of Gwynedd in Wales. The town lies 5 miles west of Porthmadog, 9 miles east of Pwllheli and 17 miles south of Caernarfon. By the 19th century Wales was a predominantly nonconformist country, and this pattern was mirrored in Criccieth with the construction of a number of dissenting chapels. Capel Uchaf on Ffordd Caernarfon was built in 1791 by the Scotch Baptists. In 1841 the congregation became a church of Christ being in fellowship with other such like minded congregations. In 1886 the congregation moved to their new meeting house at Berea on Tan-y-Grisiau Terrace, in 1939 they joined the Baptists due to liberalism, finding the Baptists stronger. The future Prime Minister, David Lloyd George was raised in the Church of Christ at Criccieth. 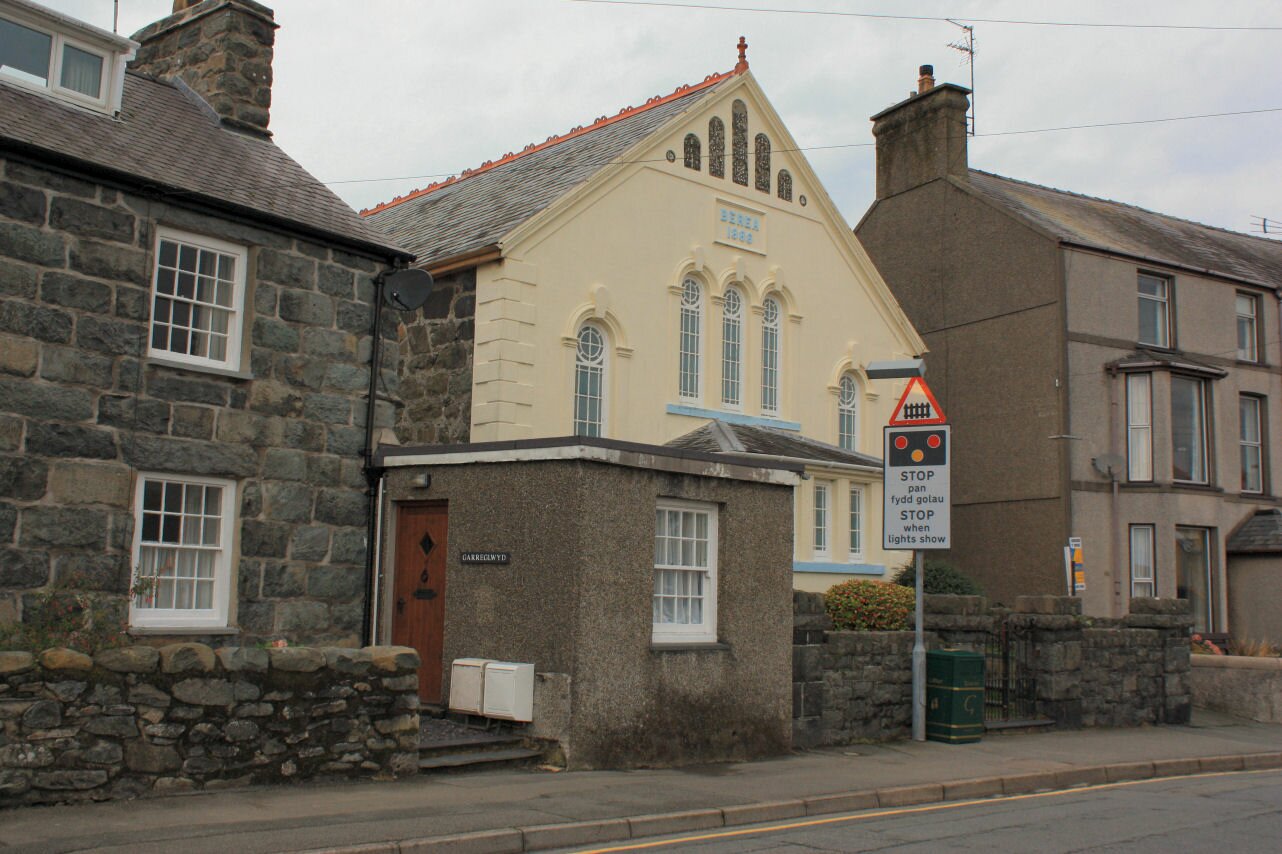 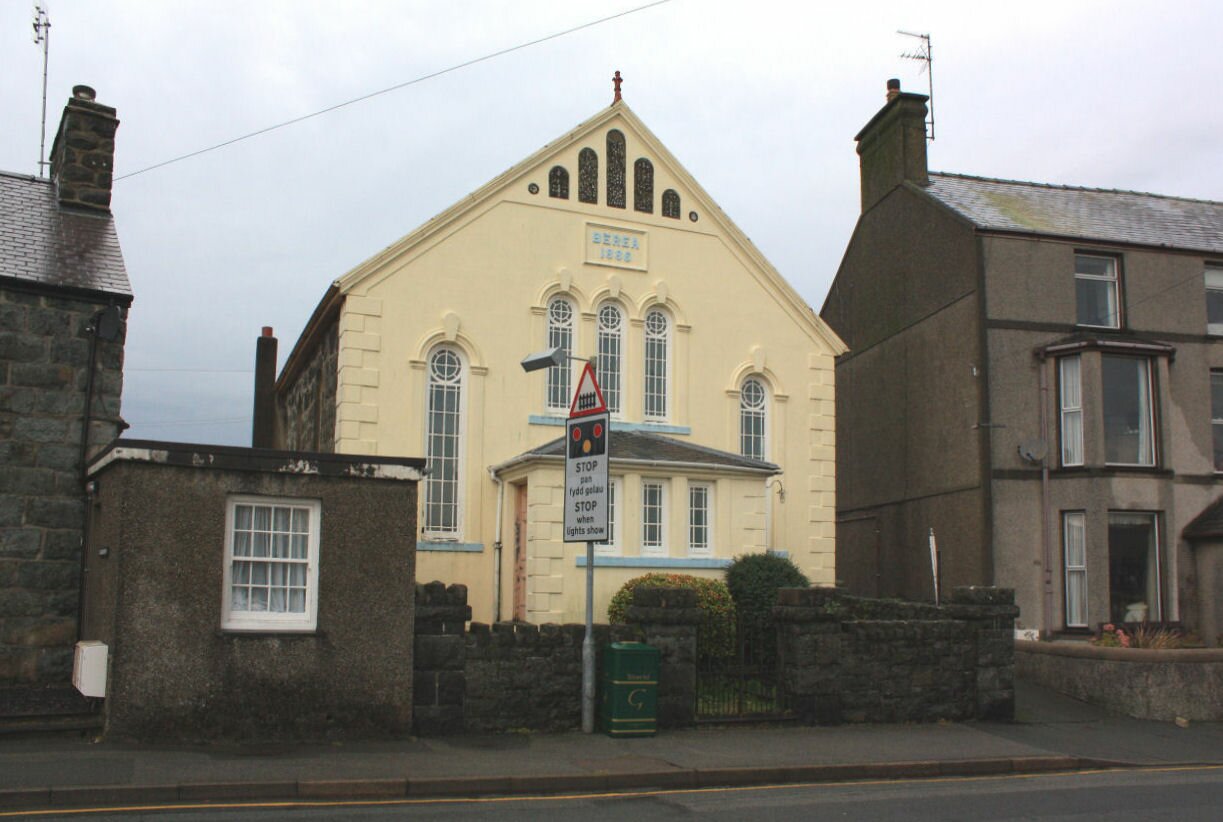 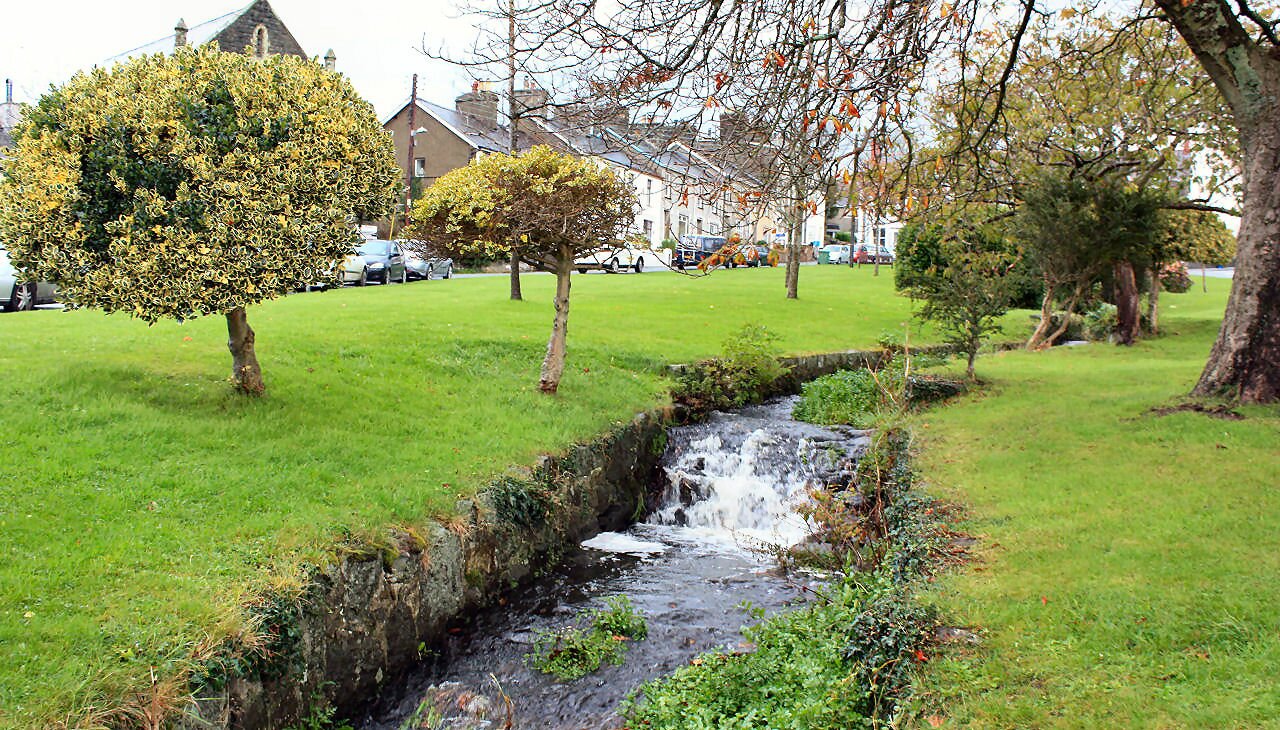 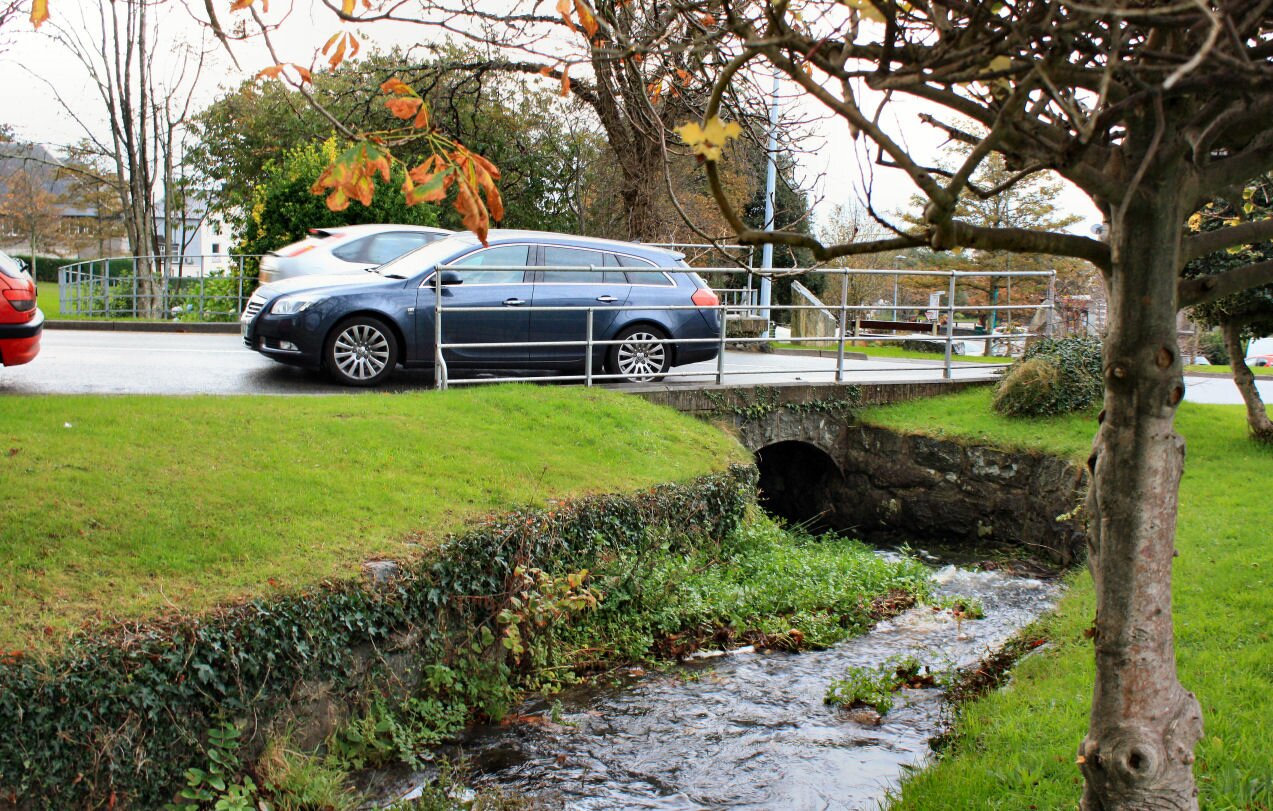 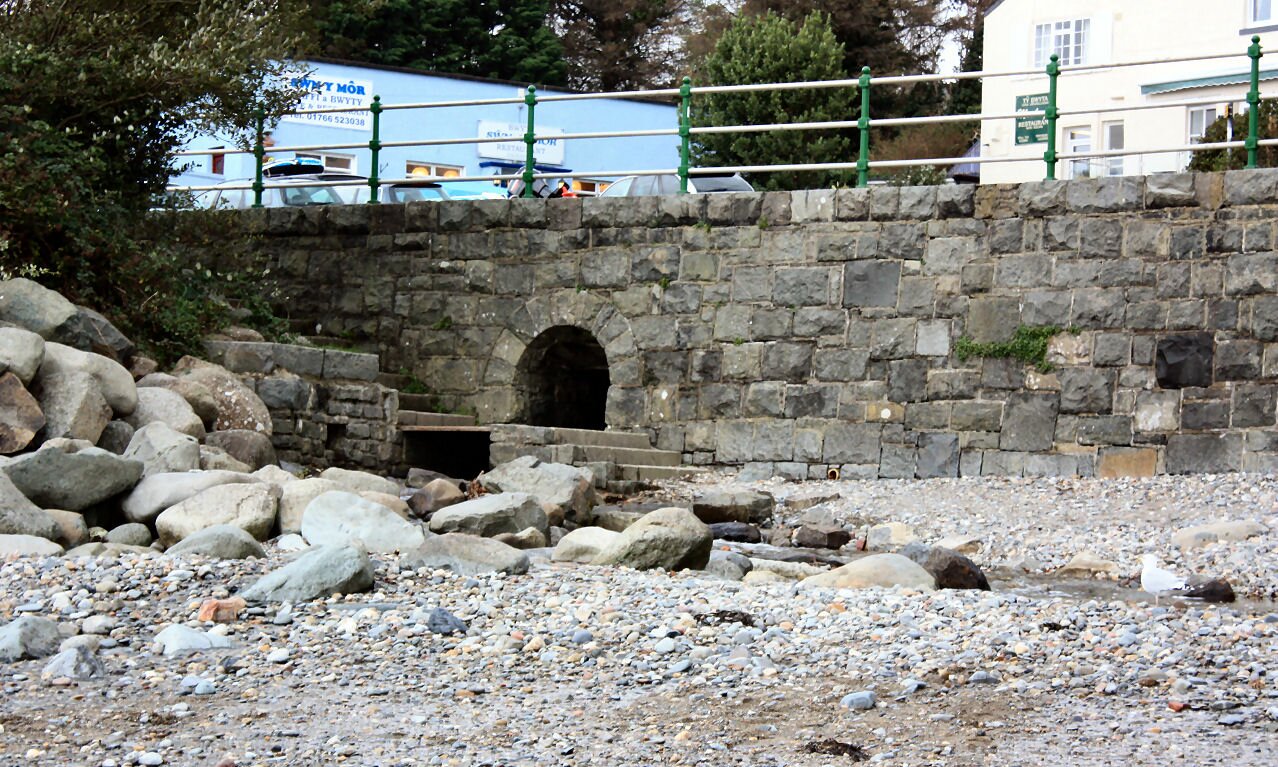 Above, in the Afon Cwrt, the future prime minister was baptised. The stream has been culverted, the pictures show where it runs onto the beach. 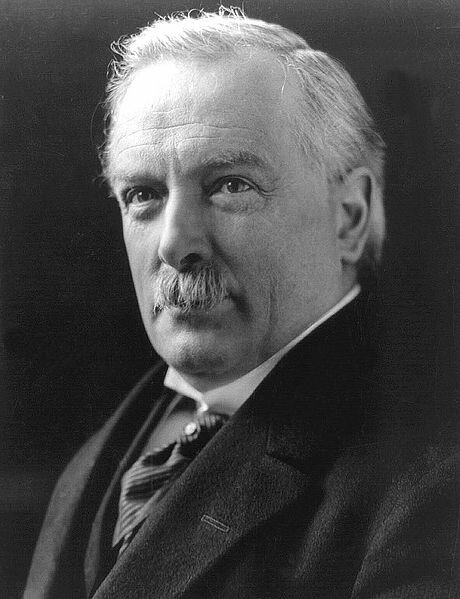 David Lloyd George was raised in the Church of Christ, his grandfather, David Lloyd and his uncle Richard Lloyd were Baptist ministers. He was born in Manchester, England on the 17th January 1863, the son of  William George a Welsh Headmaster of a Manchester Elementary School. His mother, Elizabeth Lloyd was the daughter of David Lloyd a Baptist minister. On the death of his father, the family moved to Llanystumdwy near Criccieth in Gwynedd, North Wales living with his uncle Richard Lloyd, a shoemaker and preacher. The family had strong non-conformist views. Richard Lloyd was Welsh-speaking and deeply resented English dominance over Wales, he worshiped at the church of Christ in Criccieth.  David Lloyd George established his own law practice in Criccieth. He developed a reputation as a solicitor who was willing to defend people against those in authority.

In 1888 David Lloyd George married Margaret Owen, the daughter of a prosperous farmer. He remained an active member of the church of Christ and during this time he gained his early training as an orator. He developed a reputation as a fiery preacher and was often asked to speak at Temperance Society meetings in Wales. Lloyd George joined the local Liberal Party and became an alderman on the Caernarvon County Council. He also took part in several political campaigns including one that attempted to bring an end to church tithes. During a long tenure of office, mainly as Chancellor of the Exchequer, he was a key figure in the introduction of many reforms which laid the foundations of the modern welfare state. He was the last Liberal to be Prime Minister. He is best known as the highly energetic Prime Minister (1916–22) who guided the Empire through the First World War to victory over Germany and her allies. He was a major player at the Paris Peace Conference of 1919 that reordered the world after the Great War. Lloyd George was a devout evangelical and an icon of 20th century liberalism as the founder of the welfare state. He is regarded as having made a greater impact on British public life than any other 20th century leader, thanks to his leadership of the war drive, his postwar role in reshaping Europe, and his introduction of Britain's social welfare system before the war. He is also so far the only British Prime Minister to have been Welsh and to have spoken English as a second language, with Welsh being his first. He became 1st Earl Lloyd-George of Dwyfor OM, PC, he passed away on the 26th March, 1945.

Early 20th century liberalism was about liberty and not as it is today. Today churches of Christ are often considered fundamental right wing, back then they were on the left, how society has changed is amazing. 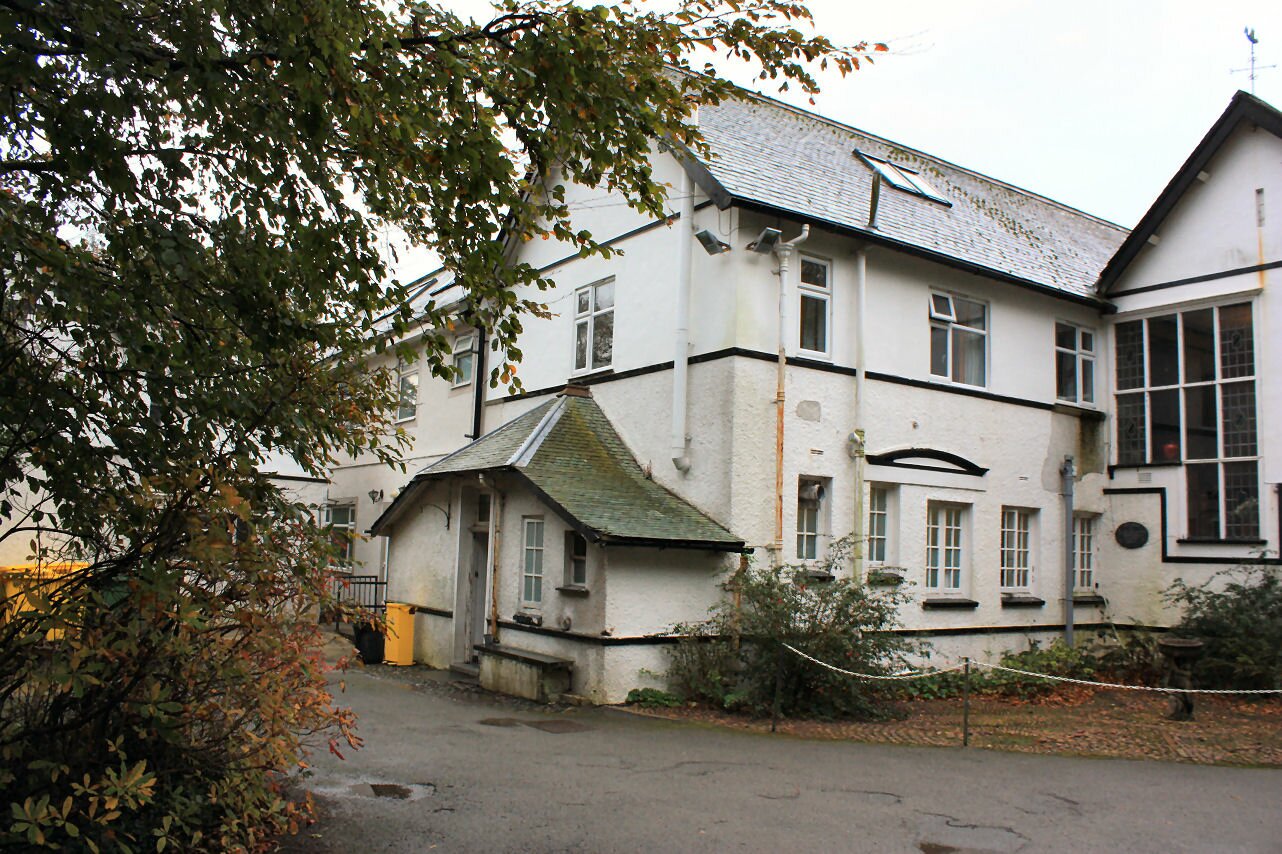 Brynawelon, Criccieth. David Lloyd-George had this imposing mansion built for himself in 1908-1909. It is one of a number of local houses where he lived. It is now a care home.

Great Britain in the early 20th century was a deeply conservative country, particularly the establishment. Nonconformists were being allowed to join in public life, they were allowed to enter University which previously had been withheld from them. The idea that a Welsh speaking politician, a member of an American denomination could become the Prime Minister is impossible. This is a significant argument against the British churches of Christ being American in origin. In that time period a person who was an member of an American denomination could not have reached such a high place in British politics.  In other towns in England, such as Leicester members of the church reached high places in political life.

Archie Watters wrote in 1948 "The story of the Churches of Christ in Great Britain is of particular value in correcting an error which has persisted for some time that the movement is peculiarly American. Alexander@Campbell was at considerable pains to point out the fact that the movement was as much native to Britain as America".

In the mid 1800s one of the most prominent brethren in Great Britain was David King, click on the logo below for the next page.