1Pe 4:11 If any man speak, let him speak as the oracles of God; if any man minister, let him do it as of the ability which God giveth: that God in all things may be glorified through Jesus Christ, to whom be praise and dominion for ever and ever. Amen.

Dr Hans Grimm in his small book Tradition and History of the Early Churches of Christ In Central Europe on page 19 writes But even as late as 1390 A.D. a New Testament church in Celtic Hill Cliff in Wales built a room for worship with a great basin for immersion of adults in baptism of confession of faith.  Unfortunately Dr Grimm does not mention his source.

Elder Michael Ivey of the (American) Primitive Baptists  also mentions this chapel in his history.  He also mentions the ancient baptistery carved from stone which was rediscovered in 1841, when work started in the present building.   He claims one stone in the burial ground bears the date 1357 A.D.

Dr Grimms account is noticeably different from that of Michael Ivey, suggesting different sources, which would authenticate the existence of this early congregation, when other facts are also taken into account.

The church referred to is in the county of  Cheshire, England.  It is towards the bottom of a sharp inline from which the town gets its name; Hillcliff.   Hillcliff is south of Warrington which is on the ancient south - north western road leading originally from Gloucester to Dumfries, Scotland.   The chapel and burial ground are shown on a map dated 1643.  Prior to this time the chapel was well concealed, for preaching the truth was illegal.   The Church of England at that time was only too happy to throw into prison anyone teaching the Gospel.  Warrington, approximately two miles to the north was in the county of Lancashire.  When persecution arose in one county the congregation in Warrington would worship at Hillcliff or the Hillcliff congregation would worship in Warrington.

Like the Chesterton, Cambridge and Oxford congregations, they are interesting on six accounts;

6/  They saw themselves as the true Church of Christ, not a denomination.

OF ELIZABETH PYCROFT WHO

HERE LYETH THE BODY OF

WHO DIED NOVEMBER 13TH IN YEAR

The Hill Cliff congregation is said to have had a full time preacher and evangelist in 1594, but his name is unknown.  Christians (Anabaptists) in Cromwells army worshipped at the chapel in 1646, again showing that it existed in the seventeenth century.   Later the church took on Baptist doctrine as did other similar congregations.

The first picture below is from an old engraving showing DISSENTING CHAPEL, HILL CLIFFE.  The engraving agrees with the outlook and position of the present building, as shown in the recent photograph below the engraving. 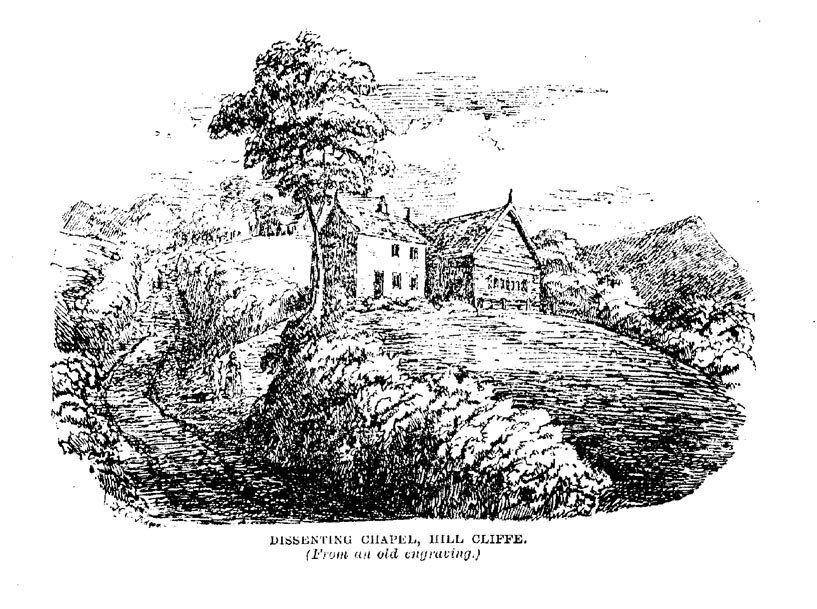 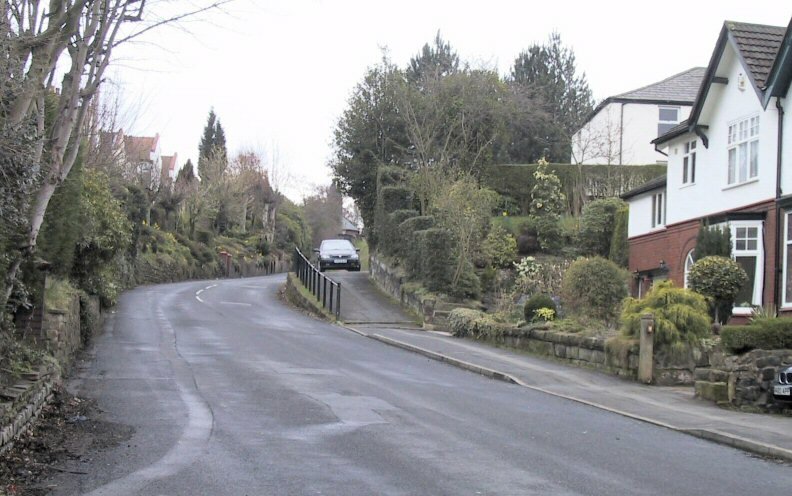 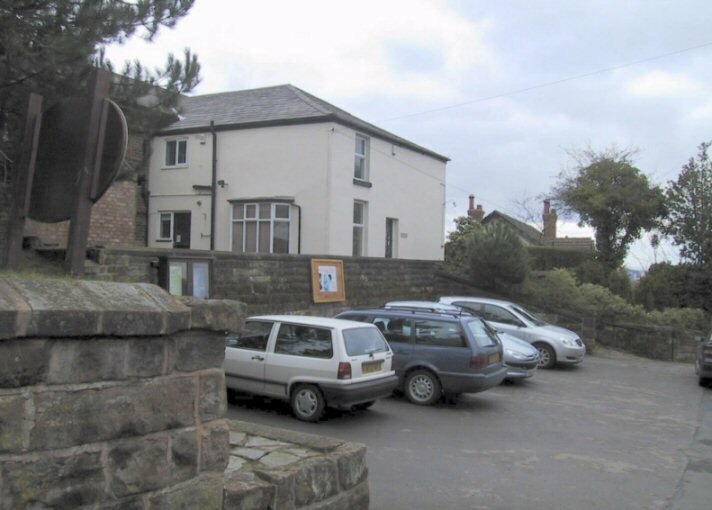 The fourth is a picture is taken from the hill above the present building, looking northwards towards the river Mersey and the greater Liverpool area.

Next - Chesterton, the Cambridge congregation