1Pe 1:7 That the trial of your faith, being much more precious than of gold that perisheth, though it be tried with fire, might be found unto praise and honour and glory at the appearing of Jesus Christ:

Christians in Europe suffered dreadful punishments for their faith, from the 1100s onwards.  Below we will look at the historical cut, in the context of Christian confrontation and existence, you will familiarize yourself with the main events relevant to our topic, and if you are a student, you can order admission essay on this topic. This was during the reign of paranoid governments.  An unholy alliance existed between the Catholic Church and various European states.    In this environment of supposed intrigue, those wishing to obey the gospel were considered by the secular authorities as subversives and by the Catholic Church heretics.  The Americas were still a long way from being discovered.  There in the 1600s many religious outcasts would flee, until then, there was simply nowhere to go

It was even more difficult for those in a position of power, because both the Catholic Church and State would prosecute in unison, often on trumped up charges to gain, easy conviction followed by swift punishment, normally execution by burning alive.

Sir John Oldcastle, Knight, Lord of Cobham, one of the most powerful Englishmen of his period, a Christian, he died by being roasted alive by the State after being found guilty of charges bought by the Catholic Church.

In ancient times the title of Knight (Sir) was conferred normally only to military persons.   Someone of the same honour could only confer it, therefore excluding nobility including the monarchy.  Therefore in grandeur it was superior to nobility, but less in rank.   Oldcastle through his marriage to Joan, heiress of the Cobham estate, in Kent (1408), took on the title of Lord, in addition to his Knighthood.

As a young man Sir John Oldcastle had sufficiently wealthy parents to afford him an education.   He became a professional soldier, and a good one.  He fought well against France and earned his knighthood for his services there.  In 1406 he was awarded a pension of forty pounds a year, a considerable sum in those days.  Later from his family home in the Olchon valley, Wales he learned of the true faith and was baptised in the brook that runs through the valley.

In the Black Mountains of Wales, small groups of Christians were able to hold to onto their faith, with little interference from the outside.  In the Olchon valley they had their own building, hidden on the side of a mountain, half cut into the rock.  Here they would meet in safety, hidden from the world.  It was here John Oldcastle was to learn of the true faith.  Sometime later he married into the nobility now holding both the title of Lord and Sir, hence the title Sir John Oldcastle (Knight), Lord Cobham.

As a Baron, Sir John Oldcastle now had the right to sit in Parliament, during 1410 he helped secure a law, which meant that heretics whilst under arrest had to be imprisoned by the State, rather than the Catholic Church.  This was a blow to the Catholics who were now very concerned with Oldcastle.

Sir John Oldcastle was responsible for the training and keeping of many travelling preachers, it is said he had a school in his estate in Kent where men studied to preach.   As a now wealthy man he could afford this, becoming an enemy of the Catholic Church.  Whilst king Henry 1V lived, Oldcastle was safe, for they were good friends.  When Henry died (1413), the crown now being handed on to his son Henry V things would change.  The Church took opportunity to act, in 1414 he was charged with being party to an uprising, a false charge.  He was imprisoned in the Tower of London by the constable Sir Robert Morley, but escaped, returning to his family home in Wales.  He was outlawed and hence now a traitor.  Warrants were put out for his arrest, one which still exists.

He was seized three years later, taken to London and handed over to Morley in the Tower.  On December 15, 1417 he was publicly burnt alive in the fields near to Lincolns Inn, now part of modern day London.  Now stripped of his rank he was bound as a traitor, he kneeled and prayed publicly for his enemies and proclaimed to those watching the need to obey the scriptures and them only.  He was drawn (stomach cut open, for punishment) hanged gently between two gallows by metal chains (for being a traitor) and then slowly burnt to death (for heresy).  Throughout this appalling ordeal he constantly prayed, staying steadfast to the end. 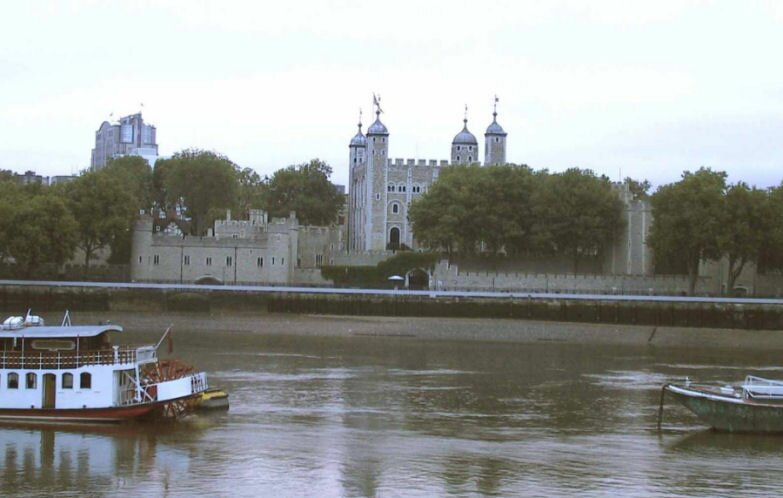 With one of the leading men of the kingdom now dead for his religious beliefs, the Catholic Church knew they now held the upper hand.  Regardless of their position society, those seeking separation from the Catholic Church would die horribly public deaths.

Christians were often discovered by their absence from Catholic services, often the village constable would visit the absentees.  If there was good reason for their missing services, such as illness they were excused.  If they were found though to have left the Catholic Church then punishment would come quickly.